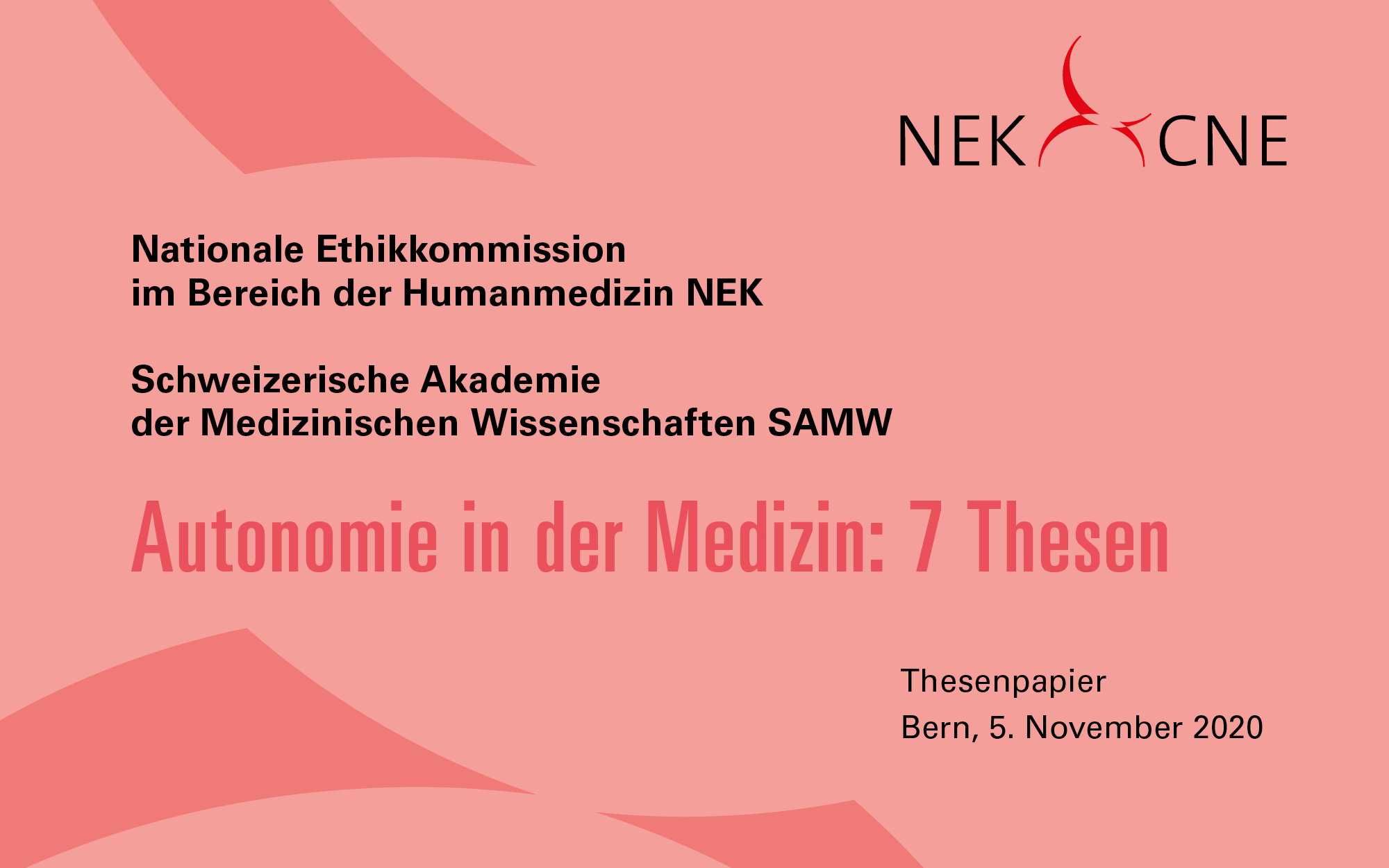 Following their conference series "Autonomy in Medicine", the NEK-CNE and the Central Ethics Committee of the SAMS have published a joint thesis paper. 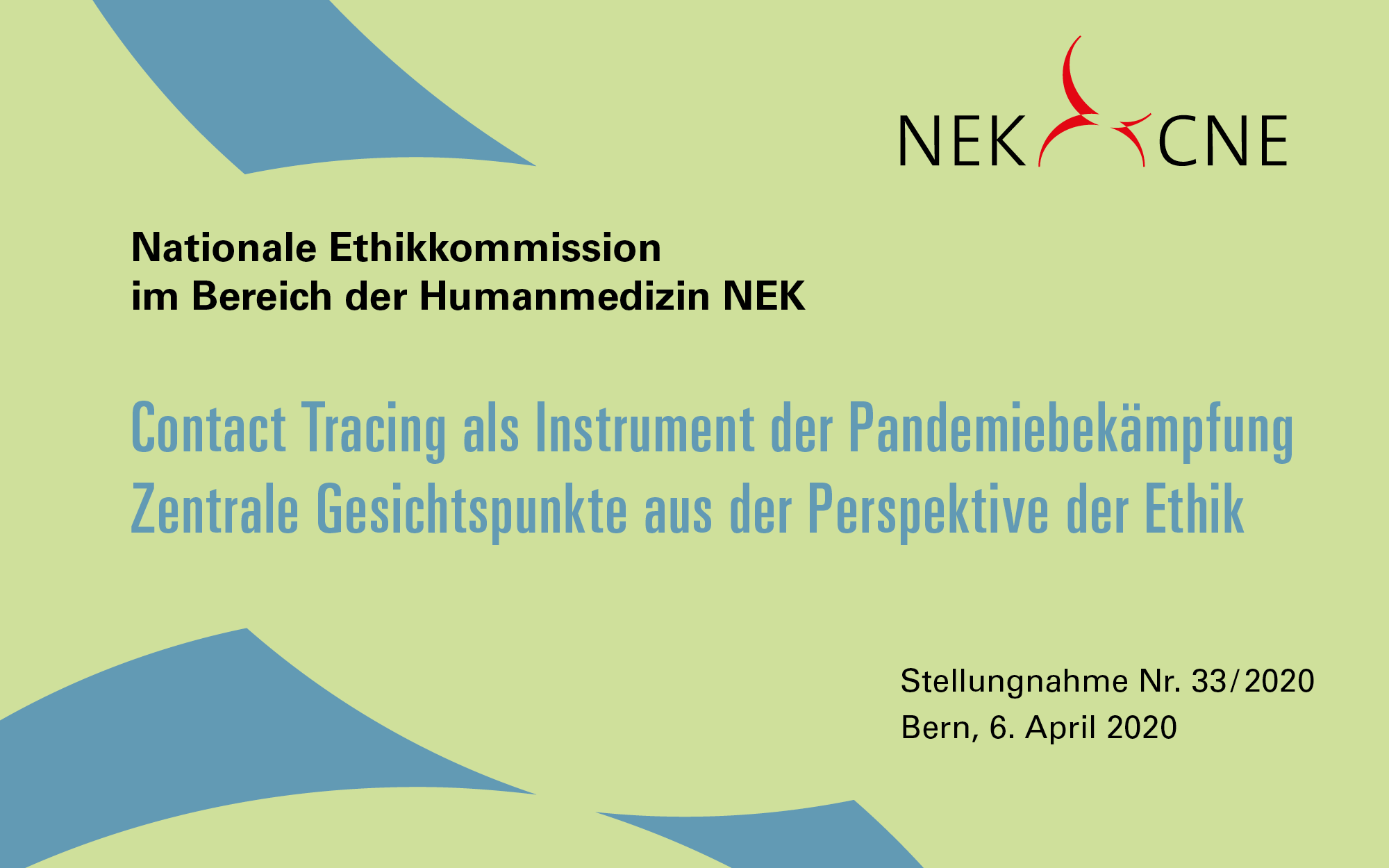 In Switzerland and abroad, the use of digital contact tracing as a tool in the fight against pandemics is currently under discussion. Data-based contact tracing methods go hand in hand with fundamental ethical and legal questions that the NCE has addressed at the request of the Federal Department of Home Affairs.

Expensive new medicines can improve the length or quality of life of patients. However, they represent a significant part of public health costs and their price can represent, for some, a barrier to access to adequate treatment, for others, a sometimes excessive burden of the community. 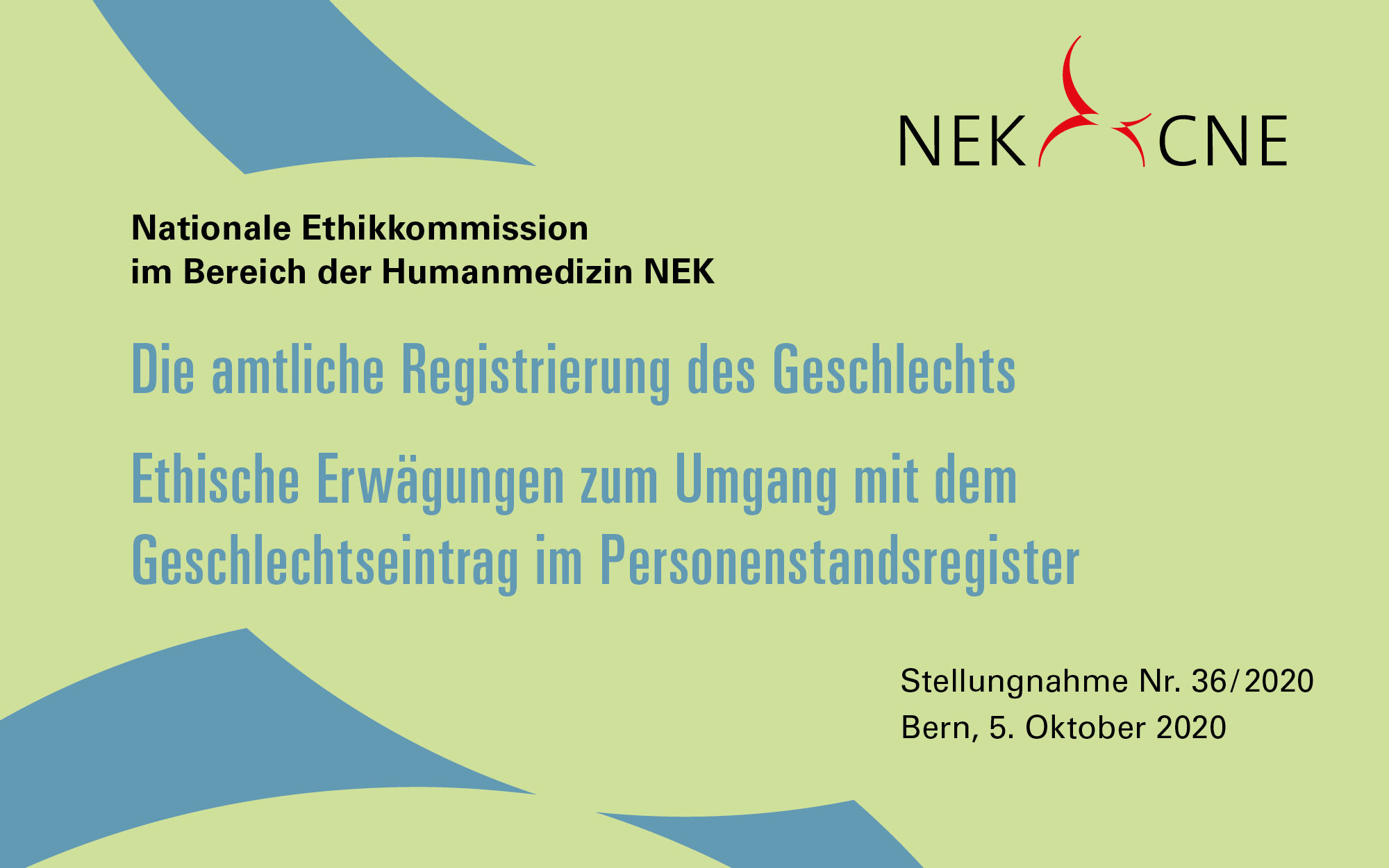 Officially recorded gender is key to the allocation of entitlements, protections and rights, and organises society. However, the current legal regulation fails to reflect the diversity of gender identities and disregards fundamental interests of people with non-binary gender identities, transgender and intersex people.

New NCE paper on the practice of late termination of pregnancy

Program online! Conference on Human Enhancement on 8-9 November 2018 in Zurich

Save the date: Conference on Human Enhancement on 8-9 November 2018 in Zurich

The question of abandoning all mention of gender or introducing new gender categories in civil status is being discussed at the national and international levels.  In this context, the Federal Office of Justice (FOJ) has asked the NCE to adopt a position on the matter. The Commission therefore takes this opportunity to express its views on the ethical and legal implications of this social development.

Autonomy is one of the most important principles in medical ethics.

The NCE’s reflections on aspects of autonomy and the challenges it entails include a series of symposia over several years organised jointly with the Central Ethics Committee (CEC) of the Swiss Academy of Medical Sciences (SAMS).

The National Advisory Commission on Biomedical Ethics (NCE) was appointed by the Federal Council 2001 to advise the authorities from an ethical perspective, as an independent expert committee, in the field of human biomedicine.

The NCE is composed of 15 members. Since 2016, the committee has been chaired by Prof. Dr. iur. Andrea Büchler, while the vice-presidency is held by Prof. Dr. theol. Markus Zimmermann.

New technologies used in medical practice open up a host of possibilities, for example in reproduction and how people plan their lives, which raise fundamental questions about life and death, the future of society and about the benefits of scientific research. In this context the NCE sees itself as a tool of the modern state and of democracy. It seeks to clarify ethical issues by addressing and elucidating current topics. The main emphasis is placed on the preparation of opinions and recommendations, and communication with the public.